The strength of JTG is in its people. Over the past 20 years, we have built a bench of multidisciplinary experts worldwide, enabling us to deliver the right services, with the right experience, at the right time. Our expertise is both deep and wide, with subject matter experts and practitioners in economics, national security, finance, politics, science, and technology. 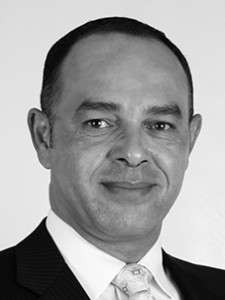 Ahmed Shehata is President and CEO of JTG. The Board of Directors appointed him President in July 2013, and President and CEO in February 2016. Mr. Shehata brings more than 20 years of experience in military, international affairs, training, program management, and business development. Mr. Shehata has an excellent track record in strategic planning, innovation, and leading diverse teams. He is recognized as a visionary leader with excellent communication skills and has a deep understanding of JTG’s customers and markets. He has been instrumental in expanding JTG’s business lines, focusing on high-value services and products.

Prior to being appointed President, Mr. Shehata served as JTG’s Vice President of Business Development and Strategy. During his tenure, JTG grew 252%, expanded its offerings in existing markets, and expanded into new markets. Mr. Shehata is a US Army veteran, who, prior to joining JTG, served as a senior language officer, analyst, and business consultant. 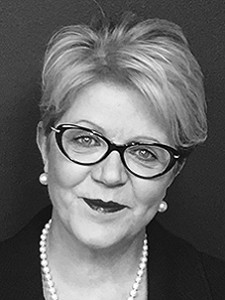 Ms. Muriel Jérôme-O’Keeffe is the founder and former CEO of JTG. She continues to play an integral role in JTG, where she lends her support and expertise to the CEO and the Board. She is a recognized leader in the language and localization industry and is frequently called upon to consult on language issues impacting national security.

Ms. Jérôme-O’Keeffe founded the company in 1995 to respond to a growing need for professionalization of the language industry and to promote the integration of technology with education and language services. In 1996, JTG developed the Concept of Operations for the first online university in South East Asia. This pioneering work in the field of e-learning highlights Ms. Jérôme-O’Keeffe’s vision. She expanded the company in 2003, adding government services as a new business line. Ms. Jérôme-O’Keeffe designed a number of best-of-breed methodologies to increase productivity and accuracy in the production of language products, as well as a process to test and measure linguistic performance ability in real time.

Ms. Jérôme-O’Keeffe served on the board of the American Translators Association (ATA), the largest trade association in the language industry, as Director and President. During her tenure, Ms. Jérôme-O’Keeffe launched the effort to develop National Translation User Standards. She served on the board of the American Foundation for Translation and Interpretation (AFTI) as Director and President, which afforded her the opportunity to sponsor investment in quality education for those responsible for the future of our national security efforts. In 2000, she was appointed to the board of Semantix (acquired by Convera), a company that specialized in cross-lingual processing and computational linguistics technology. 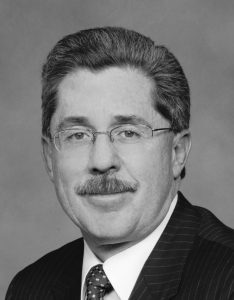 Mr. Henderson retired from PricewaterhouseCoopers, LLC (PwC) where he spent over 15 years. Most recently at PwC was the Sector Leader for Homeland Security and Law Enforcement in PwC’s WFP, which he co-founded in 2004.  Previously in the commercial sector, focusing on SEC client fraud investigations. National Leader of the Healthcare Fraud and Abuse Investigations Practice and subsequently Investigations Leader for the Americas for Coopers & Lybrand (C&L) (over 7  years) and then PwC after the 1998 merger with Price Waterhouse. Assembled and lead a team comprised of forensic accountants, private investigators and computer forensics/cyber professionals.

He currently serves as the Chief Strategy Officer for Babel Street.

Babel Street is a multi-lingual, geo-enabled, text-analytics social media and web-monitoring platform designed to meet the needs of Public Sector and Commercial clients through leveraging Open Source Intelligence (OSINT) in this era of overwhelmingly large quantities of geographically diverse, multi-lingual data in numerous media channels.  He is a Certified Public Accountant NC, VA, DC, and a Certified Fraud Examiner. He holds a BSBA, Accounting, from the University of North Carolina at Chapel Hill, 1978 – 1981

He brings to the JTG Board of Directors a very solid financial expertize coupled with strong ties to the intelligence and defense community. His advice and guidance will benefit the JTG management team. 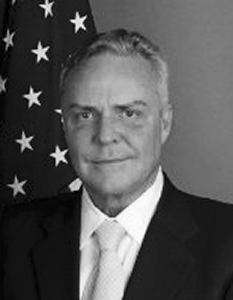 Stanley Colvin, Principal at Colvin Consulting, specializes in government relations, strategic communications and compliance strategies, and is an accomplished administrative law and regulatory attorney with over thirty years of experience in all aspects of Agency regulatory actions.

Mr. Colvin brings to the JTG Board of Directors his solid U.S. Government expertise coupled with strong ties to the international affairs, intelligence and counter-terrorism communities. His knowledge stems from 16 years of experience at the U.S. Department of State in positions of increasing responsibilities, having served as Attorney-Advisor in the Office of Legal Advisor and both Officer Director and Deputy Assistant Secretary for Private Sector Exchange in the Bureau of Educational and Cultural Affairs;  this is where he focused on building consensus to recognize the importance of the private sector in furthering the public diplomacy mission of the U.S. Government and its role in national security.   In his capacity as Senior Advisor, Mr. Colvin was assigned to serve as the counter-terrorism advisor to the Assistant Secretary of the Bureau of Educational and Cultural Affairs to offer advice on how the Department of State’s public diplomacy budget and human resources could be leveraged to combat terrorism.  Prior to his tenure with the Department of State, Mr. Colvin served as an Assistant General Counsel at the United States Information Agency.

In 2015, Mr. Colvin was awarded the Department of State Distinguished Service Award. 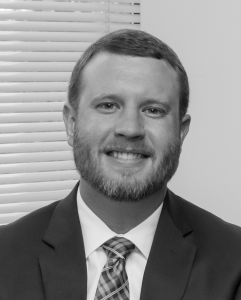 Chris Rieley has been in Banking since 2004, beginning his career with Riggs Bank in McLean, Virginia. He has worked at PNC Bank, Mercantile Potomac Bank and Virginia Heritage Bank, and most recently at Access National Bank in Reston, Virginia since 2014. In his current role, Chris works with local business owners and real estate investors to provide Financial Products and advice with an expertise in commercial credit.

Chris is from Herndon, Virginia, and currently resides in Reston with his wife Lori. He is a graduate of Herndon High School ‘98, Lynchburg College’02, and the Leadership Fairfax Class of ‘14. Chris volunteers on the Northern Virginia Workforce Investment Board that helps to manage the 6 Northern Virginia Skillsource Career Centers.

Chris enjoys running marathons (really just to keep up with his wife Lori), backpacking in the outdoors, traveling abroad, and helping his commercial banking clients.

The Board of Directors provides general direction and oversight the management of the company.

JTG has established a competent and involved Board of Directors, combined with an independent ESOP Trustee as the most effective means of protecting the interests of employee-owners in an ESOP company.

The Board of Directors has established the following committees:
Administrative Committee of the ESOP, Dr. Alina Newland, employee representative (JTG).